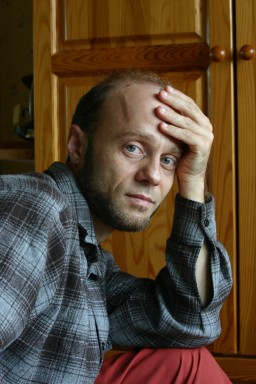 i've been making software for 25+ years, on 3 continents, as projects of all sizes and levels of impossibility. Seen many different terminals, languages, designs, projects, customers, teams, organisations and cultures, and have met even more different attitudes.

So i found that the more interesting and difficult part is.. the people, while all the technicalities are somehow solvable. Software is just a limited and twisted way of communicating knowledge between people, through space and time - and it's people who cause anything. Making software is a game of cooperation, now vs future, exercise in correct thinking, where all the participants are actually translators - and Trust is the most important feature.

And i found i also successfully mediate between the extremes - western and eastern thinking, technical & applicational, experts & newbies, gears & art, real & virtual.. i put passion in my work and do care for it. i do trust people.. and thus weigh them. i work With, not just For. i fight For, not Against. i do work, not time. And put toys at github.com/svilendobrev.

So.. i make (software) projects from ideas, people and software. Be it possible or not, regardless what has to change - software, organisation, people, or.. me. Because life IS change.

Shortage of people? No. Inefficient thinking, still trying to store human knowledge about reality in primitive languages. Reality.. is very complex. Complexity is fought with structure. Structure, in the field of knowledge, means languages - specific for the notion, domain, product, project, and people.

i love idea-generating, nice software, mentoring, team making, steep changes, cultural diversity, organisational building, improvisation. i can help to efficiently make effective software, and tune the community and culture to allow for it. i make languages that talk the patterns of the task. And attitudes that empower people. So one can start solving the real issues.

An Impossible Dream project? What about?

More about me, software and Life at www.svilendobrev.com. Or dare read the brisk intro...

...dreaming - a software house-school, for making real projects and learning by doing so - and other way around. 2012 Varna

work, software, and me: svilendobrev.com/rabota